Today we fitted a HKC monitored alarm in Huddersfield for a customer who had recently had an attempted break-in at their home.

We have worked for this customer before and when we received the call about the break-in, we called around to help get the CCTV footage from their DVR for the police. Whilst there we were asked to help secure the property with an intruder alarm. We carried out a survey and supplied them with a specification and quotation for the works. The customer was very keen to have the work done as soon as possible and we made them a priority due to the attempted break-in and had the alarm installed within four days of the initial call.

See below the damage caused, had the alarm been fitted prior to the attempted break-in this would have been avoided. 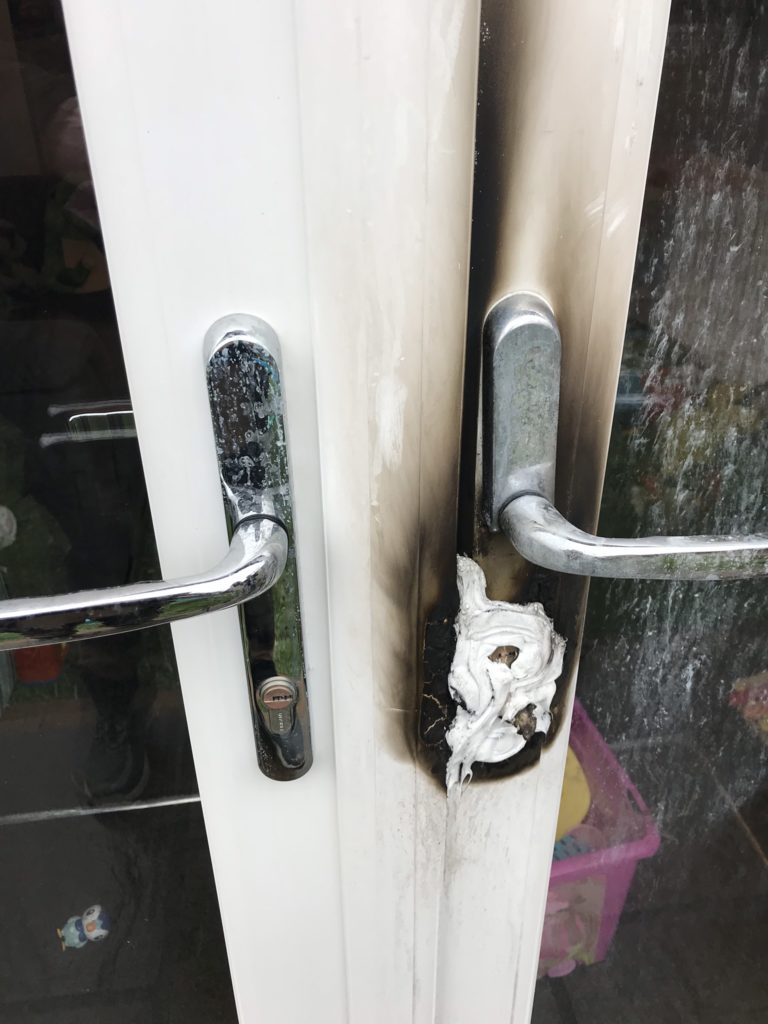 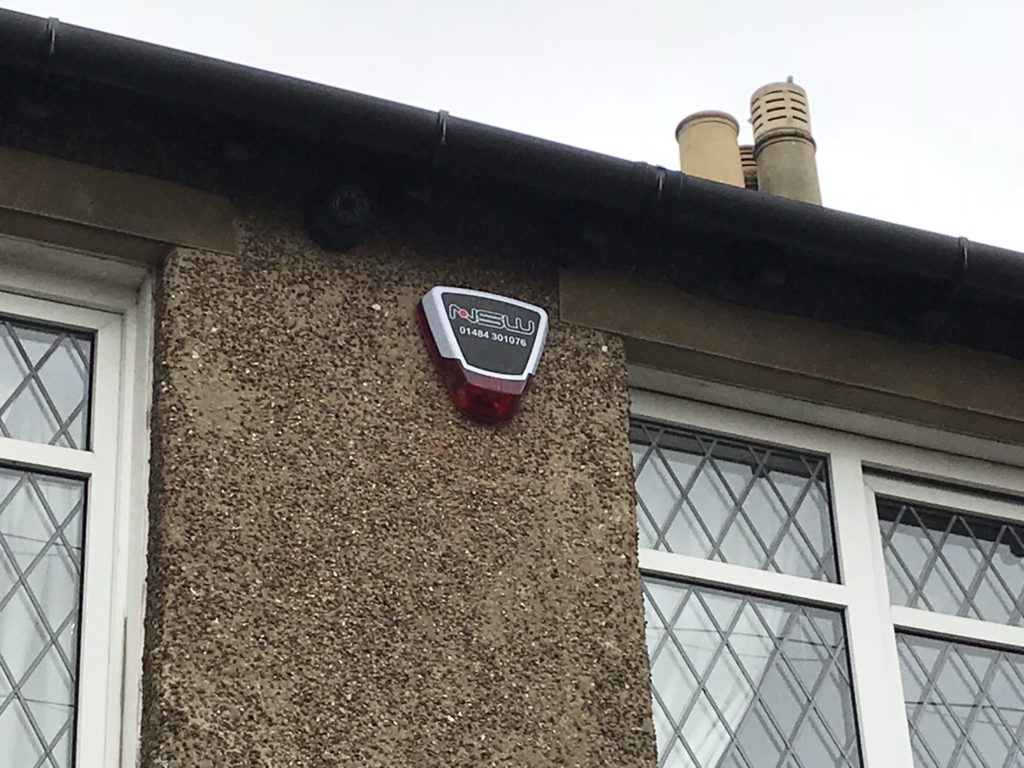 Earlier this week we had the challenge of a dish repair at a height of 16 meters. Due to [...]

Having been recommended to this client by one of our existing clients. They asked for advice on securing a [...]

TV and Data Install In Holmfirth.

This customer contacted us after having Sky Q fitted and having continued problems with WI-FI around the house. [...]

Over the past week we have been working long hours on this job to ensure all cables were installed [...]

Another quality gate installation this week from Nathan and Stuart. This gate was installed and automated for a customer [...]

This week we installed a new Pyronix Euro 46 Intruder Alarm with monitoring facility for one of our regular [...]

CCTV and Data Install In Penistone.

Today Chris and Josh installed a CCTV system together with a data network.  This was at a Vets surgery [...]

Today we spent the day first fixing, Aerial, Data and CCTV cables at a new build property in Slaithwaite, [...]

Another quality automatic gate installation by Nathan and Stuart.

Everyday we come across substandard work with automatic gate installations. It seems there are many companies out there willing [...]

NSW is a family run business established in the year 2000 by Chris Boyd. We have now been supplying aerial satellite and security services in Huddersfield, Holmfirth and surrounding areas for over 20 years.

We have built up a very good reputation over the years and now mainly rely on word of mouth and repeat custom.